By OPEN DESIGNS INDIAMarch 17, 2021No Comments

As the best digital marketing company in Chennai, we at Open Designs, feel obligated to show you why #LikeAGirl by the brand Always from P&G is one of the most brilliant campaigns to ever grace social media.

Always is an exclusive female sanitary products brand from P&G. Their target audience was 14-24 year old females. They soon lost relevance as their competitors also started targeting the same audience, and were well established. Women also tend to stay loyal to brands they have previously used and seldom try new sanitary products. Feminine hygiene and sanitation was a hush hush topic in most countries, even in developed ones like the USA. Ads depicted women jumping over fences or running to work, combined with the familiar blue liquid caricature, meant to represent period blood.

Communicating that their products offered leakage protection was not working anymore. It was time to hit something deeper down, something raw and emotional that every female could relate to.  The Ad with the #LikeAGirl, released in June of 2014, changed the way girls and women looked at themselves.

Puberty and the changes it brings

Studies showed that there was a significant psychological change in addition to the physical changes during puberty. It was found that girls’ self-esteem took a steep decline, while it wasn’t as much a problem for boys.

Gender stereotypes were thrust upon children at this age. Girls were steered to look at themselves as physically weak entities, who focus on beauty and family, whereas boys were steered to becoming the man of the home, the provider, stronger of the genders. This is also the phase when boys are called a girl for showing even the slightest sign of what society has deemed to be weakness. This automatically reinforced the idea to all genders that Being a Girl or Being like a girl was something to be ashamed of.

The creative ideation behind #LikeAGirl

Those having watched the video would know that the ad portrays a casting call. Those auditioning were asked to perform certain instructions, always with the phrase, Like a Girl. The first group consisting of young men and women when asked to Run like a girl, Fight like a girl, Hit like a girl etc, immediately reacted with exaggerated caricatures of the stereotypical movie girl running in slow motion or dropping the ball etc.

The next set consisted of pre-pubescent girls who were asked to perform the same actions. They ran as fast they could, hit as hard as they could, and threw the ball as far as they could. The pre-pubescent girls were free from the influence of gender stereotypes, and thus their performance was unaffected. When they were asked to do something Like a Girl, they just gave it their best. This stark difference was brought to light by the casting directors to the full auditioning group. On realising their mistake the grownups then gave it their best too.

Getting #LikeAgirl to the audience

Instead of conventional mainstream media, social media was chosen as the messenger. YouTube was the primary media, accompanied by paid posts on Facebook, Twitter, and influencer media.

The video went out with the tag #LikeAGirl. At the end of the video women and young adults were invited to share their amazing achievements with #LikeAGirl. There was a dedicated landing page on the Always website to host the campaign. There was rigorous PR/ER activity surrounding the video. A 60 seconds version aired at the 2015 SuperBowl, a major commercial sports event in the USA. This was a wake up call for Digital marketing firms in Chennai to harness the potential of Social Media.

The impact of the campaign

Engagement reached 4.4 Billion impressions and 1100+ earned media placements. There was a record high of 90Million views. In the wake of the campaign, Always’ s Twitter following increased trifold and YouTube subscriptions increased by a whopping 4339%. The #LikeAGirl was also used over 1777,000 times, all within the first 3 months. Conversions increased by over 50%. In a study conducted in December of 2014, over 70% of women and 60% of the men said that the ad changed their perception of women. This is a great example of an ad campaign that created results even while focussing on a social issue, and not on the products themselves.

Always vowed to fight the misconception that being a female was not good enough. The stories shared through #LikeAGirl was inspirational to all generations. They were able to tear away the damaging expression that Like a girl was, redefining it into something inspiring and strong. The message was viewed as a welcome change from the usual commercials and had good reception among all genders. Even today, over 7 years later, the ad remains relevant. It launched a positive movement that gave women a distinct identity while showing they were like anyone else on the planet. The ad was recognised by the United Nations who presented them with an award in March 2015, for the impact it had on female empowerment across the globe.

Do you want your brand to make such a powerful social and cultural impact? We at open Designs, the best Digital Marketing company in Chennai, can help you do that. Let our experts know your needs at Open Designs.

What are the most important principles of web design?

By now a lot of businesses have realised the importance of good web design. However there are some important principles that need to be followed to ensure that your website turns out perfect.

Your website is the first impression that an online customer gets of your business. It is important to make a positive impact on your clients. The website design has the potential to convert a random visitor to a customer and boost organic sales. A great web design will keep customers loyal to your brand as they find the platform comfortable and convenient to use. It provides a good UI/UX to your clients and nurtures your leads. Better the website design, more the engagement with it, bringing in more traffic. It improves the accessibility of your website to a wider audience. It has a significant influence on the brand image and it is important that you get professionals to design your website.

What are the benefits of having a website to your business?

It has come to a point that a business is only considered successful if they have a strong online presence. This is evidently done by creating a dedicated website to the brand. The benefits of owning a website for your business are,

Why Digital marketing is important for marketing?

Digital Marketing has become an essential part of today’s business world. It has become so competitive that traditional marketing methods are no longer as effective as before. Digital marketing can improve your conversion rate, boost traffic to the site, keep your customers engaged, helps you understand the market and customers with valuable insights, increases your reputation, and is generally cost effective. Most of your online customers are using their mobile phones to access your site. Digital marketing helps make your business more accessible to mobile users, who make up nearly 60% of the clientele. It makes the entire customer journey more interactive and memorable, bringing you loyal customers, who come just for a good user experience. Digital marketing can also be automated, freeing you from the hassle of keeping track of the campaigns. 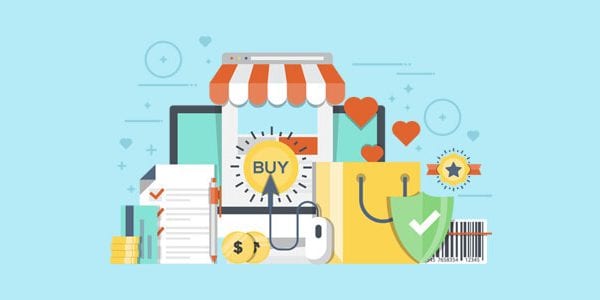 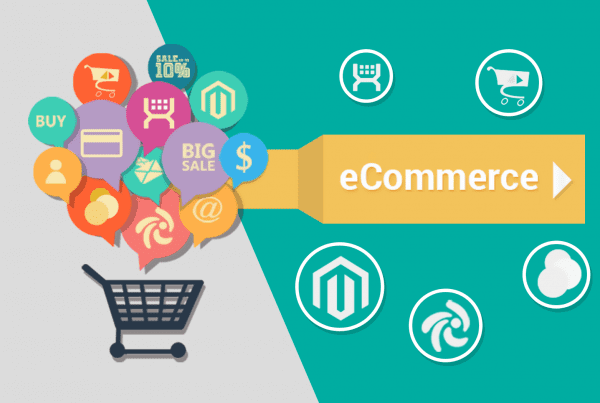 How to create Sales Campaigns on E-Commerce Sites

BE OPEN.
We use cookies to collect and analyze information on site performance and usage, and to enhance and customize content and advertising. By browsing our site or by clicking the Accept button, you agree to the use of our cookies. To find out more or to change your cookie settings, visit our privacy policy
ACCEPT
Manage consent

This website uses cookies to improve your experience while you navigate through the website. Out of these, the cookies that are categorized as necessary are stored on your browser as they are essential for the working of basic functionalities of the website. We also use third-party cookies that help us analyze and understand how you use this website. These cookies will be stored in your browser only with your consent. You also have the option to opt-out of these cookies. But opting out of some of these cookies may affect your browsing experience.
Necessary Always Enabled

Any cookies that may not be particularly necessary for the website to function and is used specifically to collect user personal data via analytics, ads, other embedded contents are termed as non-necessary cookies. It is mandatory to procure user consent prior to running these cookies on your website.